The Western Province Cricket Club was founded in 1864.  The first recorded media entry regarding the Club was on 11 October 1864 when the Cape Argus announced “A cricket match will be played at Wynberg tomorrow between two teams of the newly formed WPCC.  One eleven will be composed of residents in Cape Town and Wynberg and the other of those iin Claremont, Rondebosch and Diocesan College.  Wickets will be pitched at 10.00am”

The Club owned the iconic Newlands Cricket ground, which was sold to the Western Province Cricket Association in 2002.  WPCC remains the owner of the Member’s Pavilion at Newlands which accommodates 2 400 members and their guests who enjoy watching international, first-class and List  A cricket in comfortable surroundings.

in August 2003 the Club officially opened its Sports Centre, in Avenue De Mist, Rondebosch.  The Club is situated near Newlands Cricket Ground in the middle of 8 hectares of park-like surrounds where all members have full usage of the Club’s facilities on offer. 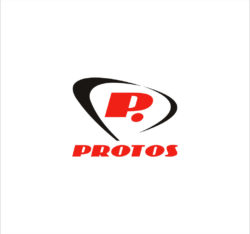 Protos Cricket is owned and manufactured by F.C Sondhi + Co in Jalandhar, India.

The factory has in-house facilities for providing a wide range of protective equipment for Cricket. This includes abdo-guards, shin-guards, chest-guards, arm-guards and thigh-pads. Plastic blow-moulded bats, stumps and bases and helmets etc. are also manufactured completely in-house. The company is manufacturing for major brands in UK, Australia, South Africa, New Zealand and the West Indies.

FCS are on elf the key suppliers of all New Balance Cricket Equipment .